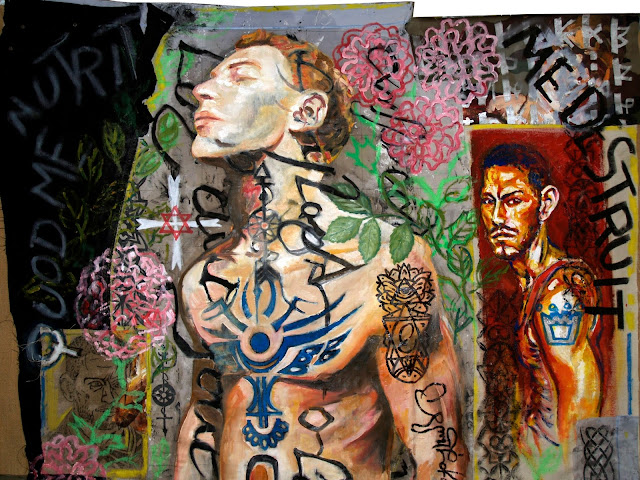 After years of having explored the question of "fighting" and its consequences, may be it was time to see beyond destruction.
watch more 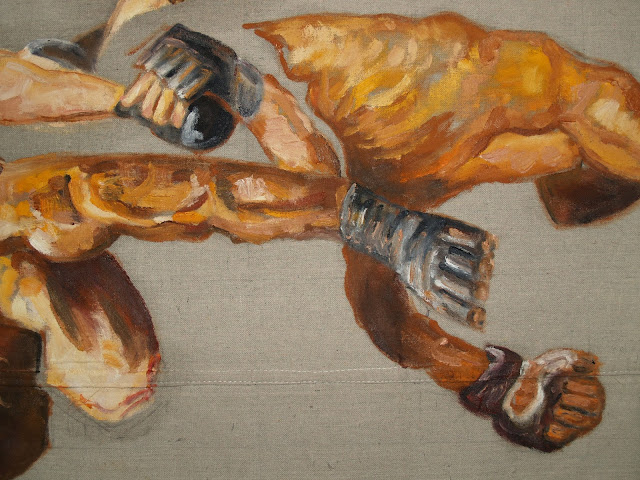 Destruction is unavoidable in any creative process. It takes place at the end of it and generates the dynamic of a new one. Bringing a process to an end, pushing it at the highest level ever, leads the construction to an explosion. The deconstructed surface of the paintings stands for the soul of the characters. 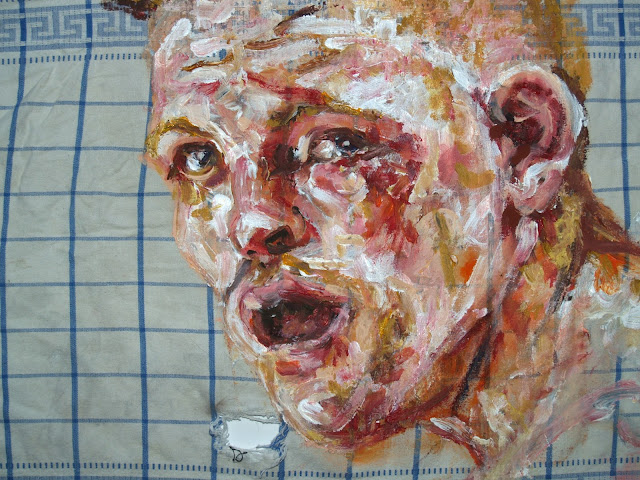 I work so much on the boxing and martial arts fighters figures, because they push the mixture of violence and vulnerability to its paroxysm. 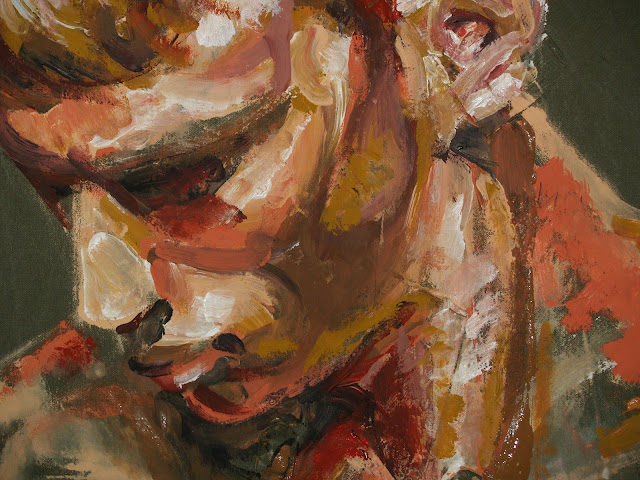 Throughout ages, Soldiers are archetypes of manhood. However, I have chosen to represent them not as brave and victorious conquerors, but during their times of doubts, fragility and idleness. 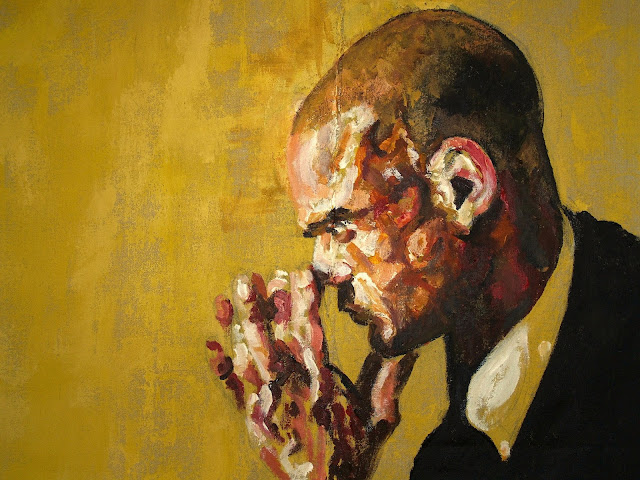 The universe of Albert Camus is a very masculine one, indeed. All of the protagonists and most of the main characters from his novels and plays are men (Meursault, Caligula, Clamence... Camus probably being part of each of them) where the woman is often a lone one and stands for a mother iconic reference.
I wanted to testify about my admiration for him either as a person than for his writings. 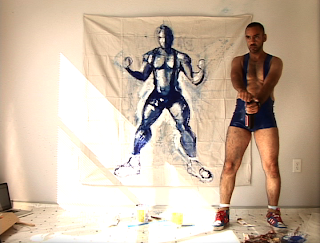 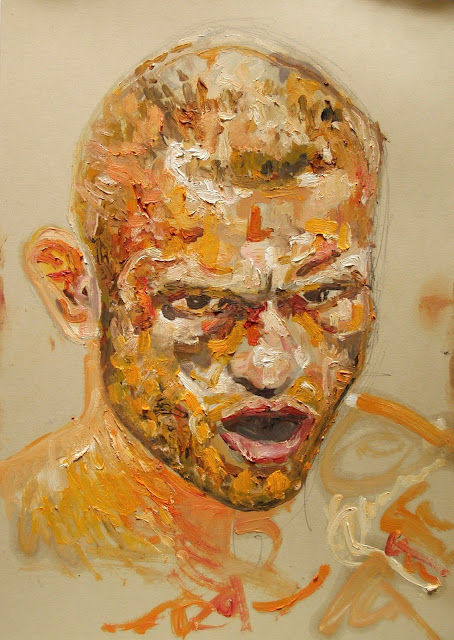